Alexander Alexaninan, a 62 years old man, father of three children from Aygestan, which is in the province of Askeran in Nagorno Karabakh region, says that he will return back to Nagorno Karabakh should there be an opportunity. He was 34 of his age when he lost his leg in 1992 when an Azerbaijani artillery shell hit him in the frontline. He has been given shelter at the previously abandoned building of “SOVIET Hotel” in Metsamor. His wife is now in Stepanakert with their 24 years old son who is studying at the moment he said. He is worried about their daughters one of whose husband is gone missing since the recent war. According to IOM (International Organisation for Migration) as of Dec 2020 - an estimated 92 639 people alone were displaced as a result of military operations in areas bordering Azerbaijan due to the 44 days of war over the region of Nagorno-Karabakh. (Photo/ Vudi Xhymshiti) 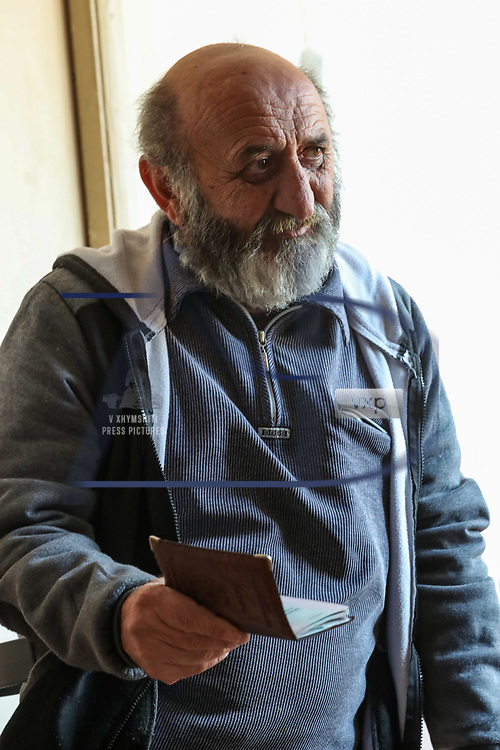