Men, women and children supported by Youth Initiative for Human Rights and network of activists "My Initiative", protested on Sunday, Aug 30, 2009 - asking the Government and Assembly of Kosovo to find out and reveal their plans on finding the missing people of the war. 1887 question mark white sheets were posted around the Assembly building railings to resemble the symbolic number of those missing since the war ended in 1999 in Kosovo against Serbian armed forces of Yugoslavia, who are alleged for crimes and war crimes against humanity across Western Balkans. (Photo/ Vudi Xhymshiti) 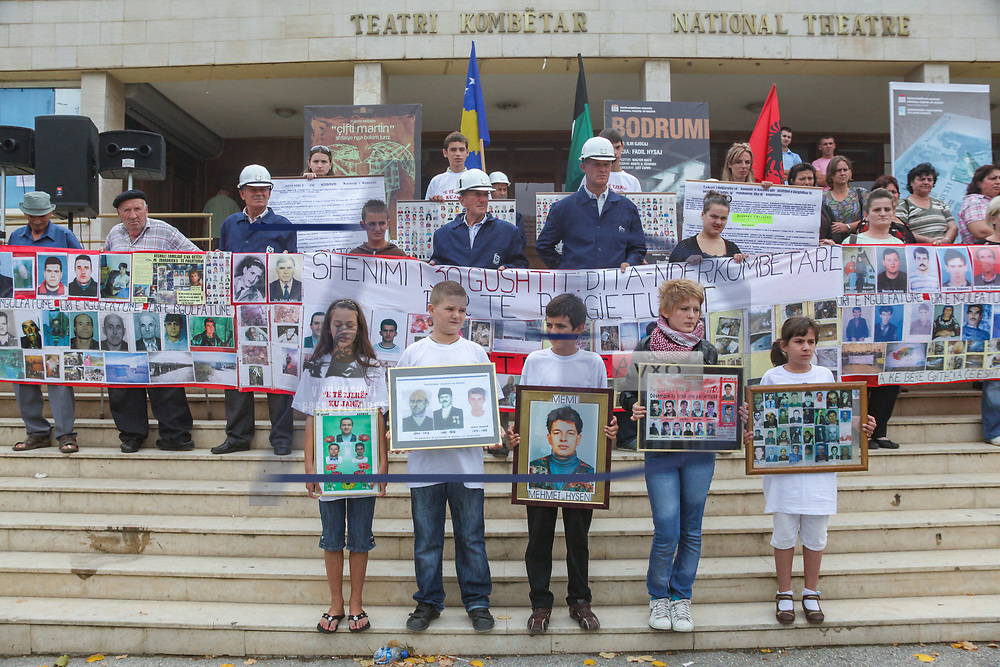