People gathered outside the Home Office in central London on Friday, July 1st, 2022 - to oppose the extradition of Australian journalist and WikiLeaks founder and publisher Julian Assange.

Julian remains imprisoned in Belmarsh after more than three years at the behest of US prosecutors. He faces a prison sentence of up to 175 years for arguably the most celebrated publications in the history of journalism.
Amnesty International said the decision to extradite Assange "sends a chilling message to journalists".
The British government has approved the extradition of Julian Assange to the US, where he faces espionage charges. The Home Office confirmed Home Secretary Priti Patel had signed the extradition order for the WikiLeaks founder.
He has always denied any wrongdoing. (VX Photo/ Vudi Xhymshiti) 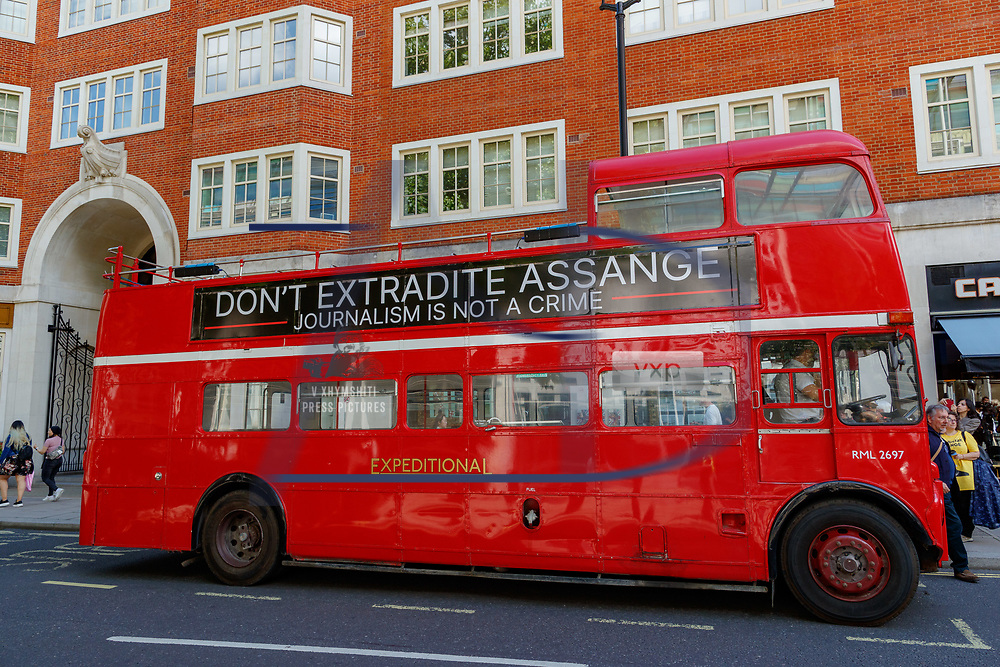