A monument pictured on Thursday, June 23, 2022 - at Waterloo Station in central London depicting a man, woman and child standing on top of suitcases, was revealed (on Wednesday, June 22, 2022) - to mark the annual Windrush Day, which marks the arrival of Caribbean immigrants to the shores of Britain on the 22nd of June each year, which is the day HMT Empire Windrush arrived at Tilbury Docks in 1948.
At least 83 people of the Windrush generation were detained and deported from Britain. The 2018 Windrush scandal was a British political scandal concerning People who were wrongly detained, denied legal rights, threatened with deportation, and in at least 83 cases wrongly deported from the UK by the Home Office. (VX Photo/ Vudi Xhymshiti) 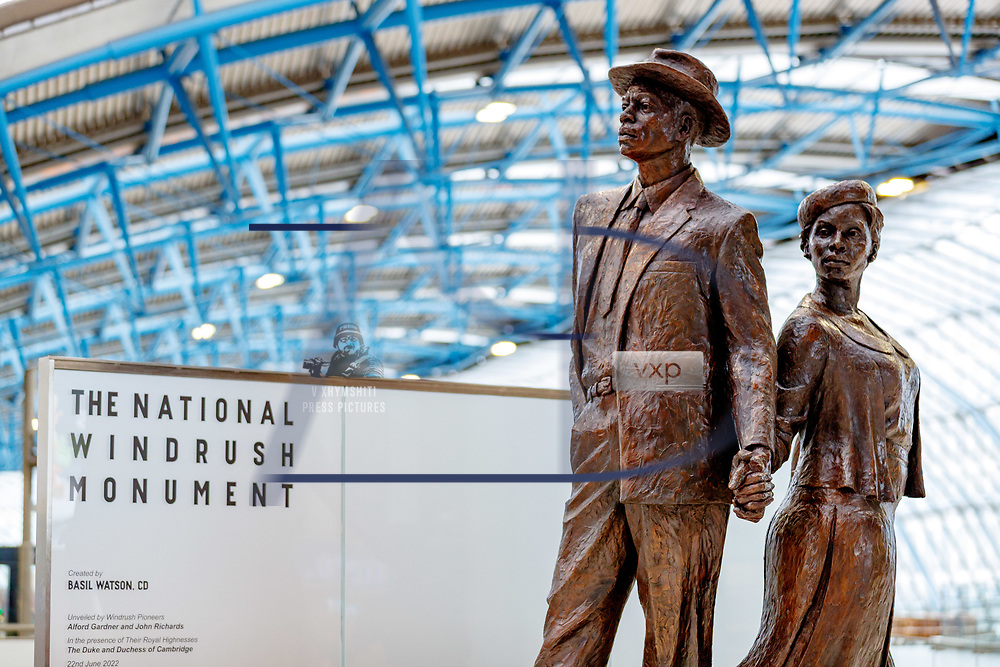