A general picture shows the window view from inside the hallway that leads to the prison cells for the detainees' inside the abandoned facility of the Immigration Removal Centre (IRC) Campsfield in Kidlington near Oxford on Wednesday, June 29, 2022. (VX Photo/ Vudi Xhymshiti) 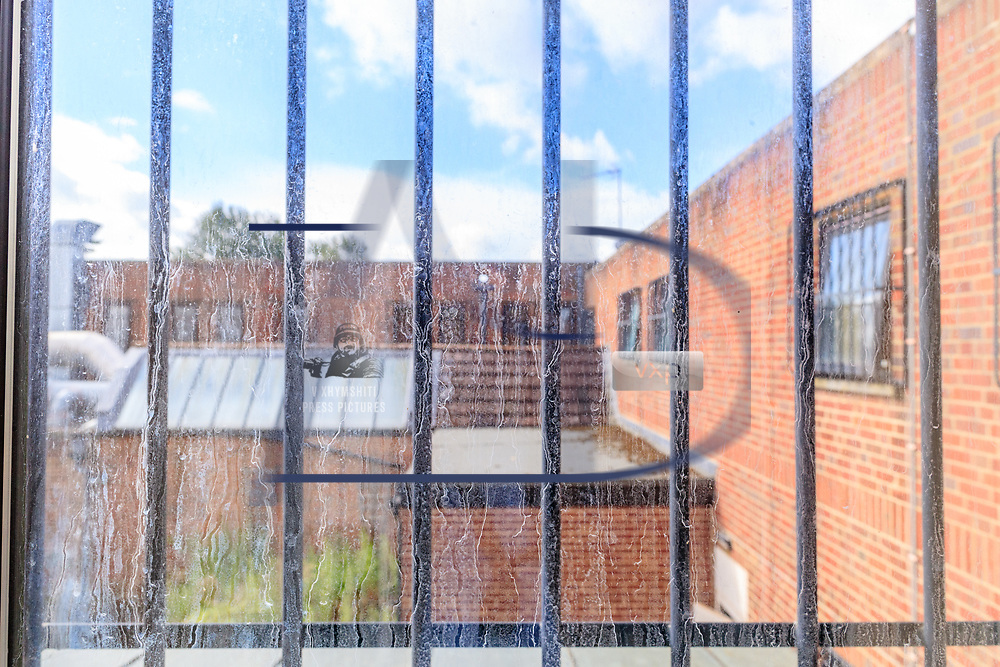