The widow of Nagorno Karabakh

The widow of Nagorno Karabakh

"He left for 35 days, he never returned" Gulnara Harutian, the widow of Alosha Gregorian (41) remembers when I visited her house after she invited us upon my visit at the local school in Çartar, which is about 47/km far from Stepanakert (Xankendi) in eastern Nagorno Karabakh.
Alosha was reportedly killed in his position by an Azerbaijani shell the family say. "He was a sniper shooter" his father Alihan remembers. Alosha was the father of three children. Two daughters and one son. From the age of 8 from his daughter to 12 years of his son and 15 years of age of his older daughter.

Gulnara (in picture), now a widow at her late 30's (38 of age) finds it difficult to raise three children alone, with a recently half-built house by the borderline with Azerbaijani armed forces. Although her house is located within the internationally and newly recognised territory of Azerbaijan, she said she is determined to stay there adding that she's got nowhere to go, however having to pay the price of living in fear that quote: "Azeris diversants might come in the midst of the night and slit our throats while asleep".
Gulnara's father died, while her mother is still alive. She was married to Alosha for sixteen years.
She said she's lucky that parents and family of Alosha are still supporting her. However, her emotional and mental wellbeing appears to be devastating, she also feels that she can't help her children who cannot accept that their father is no longer amongst them. She explained that is very difficult to explain this situation to her children because their father is a figure of protection and they feel unprotected now.
During 44 days of the war, the region saw an end of the conflict after a ceasefire agreement was signed by the leaders of Armenia, Russia and Azerbaijan on 9 November to end the military conflict in Nagorno-Karabakh. Azerbaijani government established the Karabakh Region Authority (KRU) for the districts of Nagorno-Karabakh that came under Baku's control. T 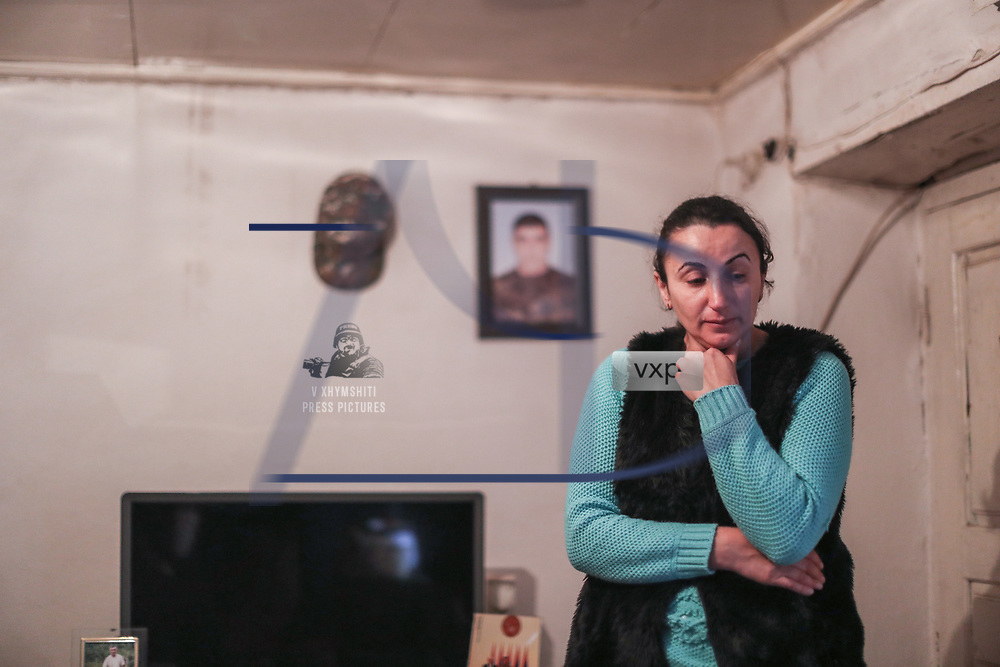